The judge’s words still sometimes echo in her mind, even years after Juthamat Srihatthapadungkit observed the trial against a group of community rights defenders in northeastern Thailand. “What do you know about anything? Do you even have a fourth grade education?” the judge’s voice thundered across the courtroom.

The incident shook the young law student, leaving her with a nagging doubt about Thailand’s justice system. She began questioning her dream of becoming one of the country’s few female judges, an ambition she had worked hard for. But it also opened up a new path for her.

“It left me in shock and tears – why did the judge have to treat the villagers like that?” Juthamat still wonders today. “It made me realise I didn’t want to become a judge anymore.”

Forgoing a career in law, Juthamat chose to fight for justice from the ground up, making the villages of rural Thailand her virtual office. Today the 26-year-old works side by side with communities to end mining projects approved without public consent and monitor laws and policies related to the country’s mineral resources.

Advocating from the ground up

It all started in her freshman year at Khon Kaen University’s Faculty of Law. Juthamat, who goes by the nickname Ying, joined an environmental club that takes students to visit rural villages affected by mining and development projects. Known as “Dao Din”, the club later became the country’s most prominent pro-democracy activist group.

Ying got the chance to work with several communities grappling with the environmental damages caused by mining, dam constructions and industrial zones. “But it was the village in Loei Province that truly opened my eyes and really stuck with me,” says Ying, referring to a community severely impacted by gold mining.

Nestled in the lush mountains of the Northeast at the border to Laos, Na Nong Bong village became embroiled in an intense conflict with a gold mining company in 2006. A company called Tungkum Limited started mining gold in the rural area where most people make a living from growing rice, cassava or rubber trees. Soon, the community’s water sources became contaminated with cyanides and arsenic. As a result, children and adults began to develop rashes, headaches and chest pain, among other conditions.

When the residents of six villages banded together, demanding authorities to solve the problem, the conflict escalated. What followed was a flurry of lawsuits against the group, violent attacks and social divisions in the community.

“There, I saw how awful it was. How come no one compensated or cared about them?” Ying says. “What is the point of having the law then?”

The company filed at least 19 civil and criminal lawsuits against members of the local anti-mining group, demanding over 320 million baht in compensation. In addition, the authorities filed four lawsuits against the community activists for the protest actions, which included blocking the entrance to the mine.

Accompanying the villagers to several court hearings disillusioned Ying, who had believed everyone was equal before the law. But, instead of delivering justice, she found the courts often treated rural people with disdain. “I completely lost faith in the justice system,” she recalls.

Then, things got worse for Na Nong Bong village. One night in May 2014, a few days before the military overthrew the government in a coup, about 150 armed men wearing balaclavas stormed the village. With the mission to break up the community’s blockade of the mine, they tied up several members for hours and beat them so severely that seven ended up hospitalised.

“At that time, I knew the military coup was coming,” Ying recalls. “That’s why they dared to do such an outrageous thing because they knew they could get away with it.”

Soon after the 22 May coup, hundreds of soldiers occupied Na Nong Bong village, purportedly to “provide security” and restore “peace and order” in the dissident community.

“You cannot isolate environmental issues from political issues,” Ying says. “All these laws harmful to the environment were all passed during the military government. The point of the coup was to facilitate profits to huge corporations.”

Dedicated to the community

After her graduation, Ying joined a civil rights organisation monitoring mining policies and empowering local communities to use their right to demand a say in the management of natural resources.

One of their partner communities is Dong Mafai in the northeastern province of Nong Bua Lamphu, where local residents have been opposing a risky stone mine since 1993. The conflict left four members of the community shot and killed.

In September 2020, one night before the community was about to occupy the quarry and stop the mining, there were warnings of violence and death threats against community members and PPM staff.

But Ying and the other staff members refused to be intimidated. Sleeping in flimsy tents, they camped out with the community rights defenders, who took turns standing guard to watch for any potential danger.

“Of course I was very concerned and scared,” Ying recalls. “But I knew we had to keep on going and couldn’t abandon them.”

Staying at the protest site to “hold the fort”, the young law graduate wanted to ensure the community members felt safe.

“I am glad and very proud that I get to do this work because I can help to empower the villagers and support them to fight against oppression.”

It is part of PPM’s approach to encouraging staff to “share lives, moments, thoughts and actions” with the communities instead of doing “office work”, as Lertsak explains. While other NGOs might parachute in and leave shortly after, PPM stays with their partner communities, sometimes for months on end.

“Our work is not for the faint of heart and Ying has the leadership and the guts needed,” Lertsak says. “She is very patient and dedicated, I see her more in the villages than outside after all these years.”

Working in a small team of about seven people, each staff member is assigned to live in a community PPM is currently working with. As a result, they have to sacrifice most of their personal life to be fully committed to this line of work, Lertsak recognises.

From 2017-2020, Ying was assigned to live and work with a community in Ngao District of Lampang province called “Khon Rak Ban Haeng” that had successfully ended lignite mining operations in the area.

“At first my family didn’t understand why we had to give up my younger sister’s room for Ying, and my sister had to share a room with me,” says Waewarin Buangern, the community leader who hosted Ying. “But after going through this anti-mining struggle together, we adopted her as our third sister,” she says, joking that her mother even noticed a family resemblance as they all make a mess wherever they sleep.

Ying’s duties ranged from researching mining policies, laws and regulations to running a Facebook page that sells the community’s organic garlic online as a part of the group’s fundraising.

She earned respect for her talent to explain complicated mining policies and regulations in layman’s terms and translate locals’ demands into the formal language of the bureaucracy.

“Usually in a village like this, it is quite patriarchal, but when it comes to our campaigns and strategies against the mine, even the old men listen to Ying,” Waewarin says.

Asked how she deals with having to forgo her personal life, Ying says she almost knows no other way of living after all these years, being on the road and away from home for months on end.

“I am glad and very proud that I get to do this work because I can help to empower the villagers and support them to fight against oppression,” Ying says. “I feel that I can help alleviate their suffering, and shine a light on the path forward.”

She believes that working and living in the communities is most effective and beneficial to the people she works with.

“It makes responding to various situations a lot more timely and effective, for example in the case of the Dong Mafai security incident,” Ying says. “We would not have been able to assess the situation correctly had we not been there.”

Ying recently passed the bar exam, which allows her to practice as a lawyer. Still, she is committed to immersing herself in the communities for the near future.

Initially questioned by communities about how long she would last in a rural village, Ying won the hearts of the locals with her patience and dedication.

“After some time, they believed in me and trusted that I would walk with them at the frontline and fight together for our causes,” Ying says. “They are now my family.”

Sulakshana Lamubol is a freelance writer based in Bangkok, Thailand. She worked as a reporter for an alternative media before shifting to work in regional and national human rights organisations focusing on women’s rights and civil/political rights.

Luke Duggleby, based in Bangkok, visited the community of Dong Mafai several times over a one year period to document their struggle to stop the mine. 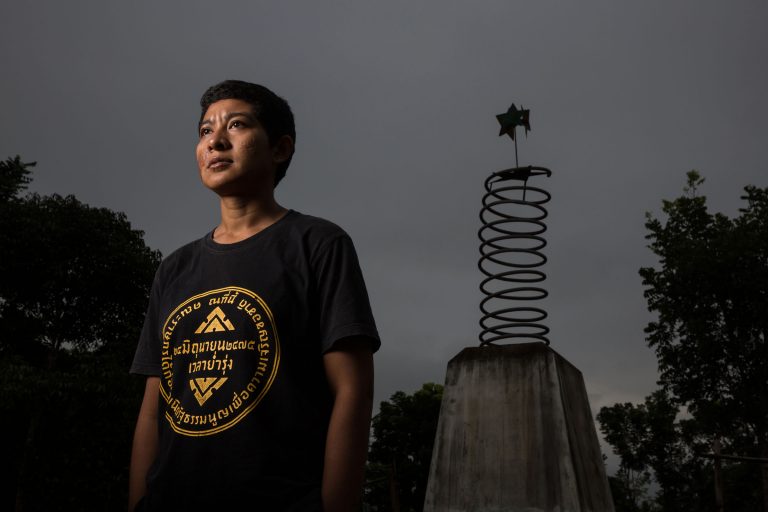 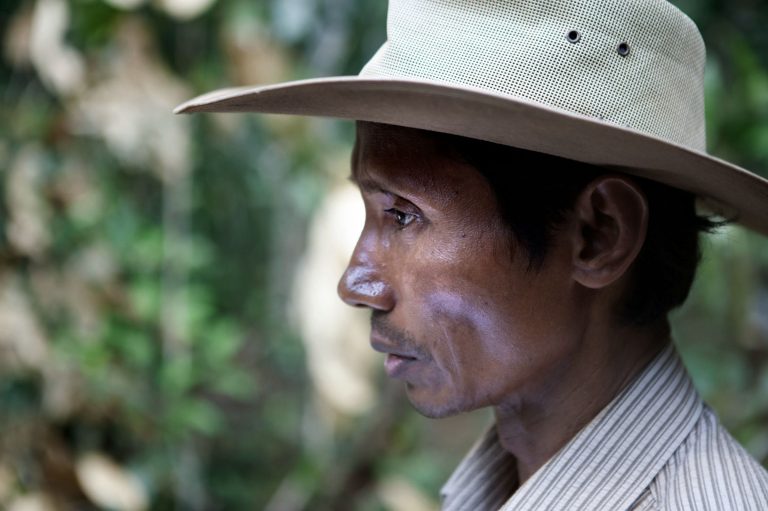 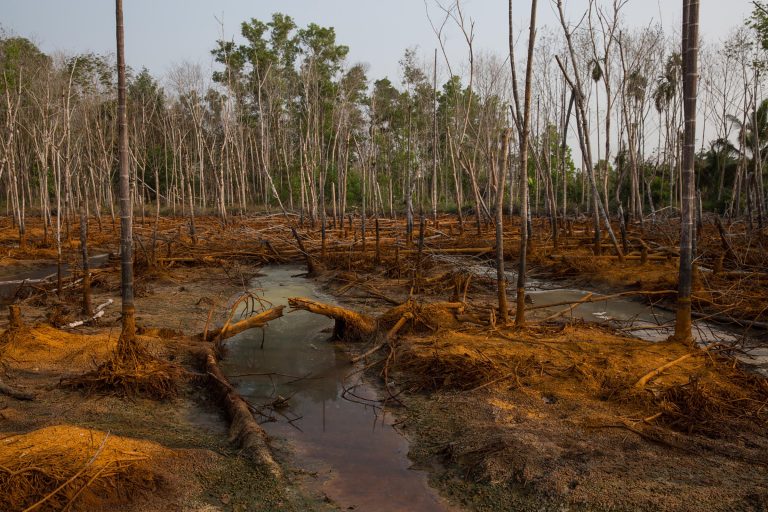 Sign up for our newsletter, latest stories straight to your inbox