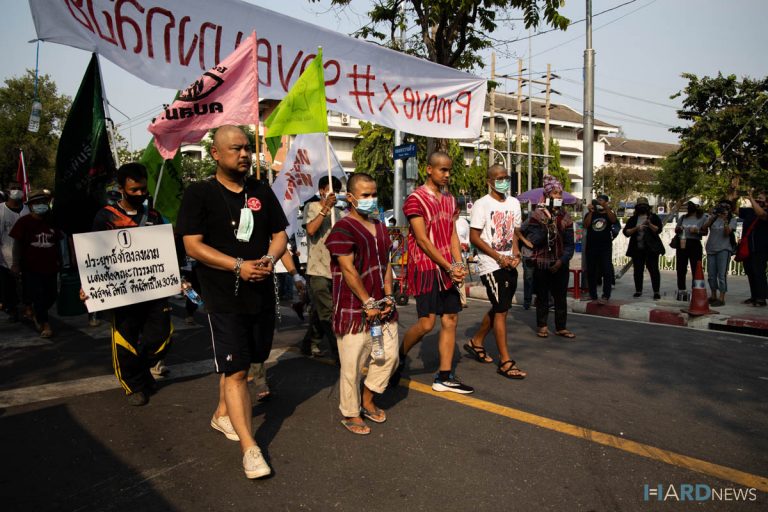 The ordeal of the Bang Kloi forest dwellers, a community of indigenous Karen that was forcefully evicted from its ancestral homeland in 2011, might soon continue in court. Following rumours of an imminent indictment of 29 community members for trespassing on national park land in 2021, Bang Kloi representatives petitioned the government to drop the case. Meanwhile, the Supreme Court is expected to rule on a similar case of an indigenous woman from Lampang province in late September.

On 20 September, representatives of the Bang Kloi community, whose ancestral homeland became part of a newly designated UNESCO World Heritage site last year, brought their grievances to parliament in Bangkok. The group submitted a letter to government representatives calling for a solution to their problems and an end to the state’s prosecution of their members.

Located in the Kaeng Krachan Forest Complex, the people of Bang Kloi have been facing targeted harassment and violence for living in their ancestral homeland. The area was announced as a national park long after the community settled there. After their eviction by park officials in 2011, community members returned to the area in early 2021, hoping to resettle and continue their traditional farming. As a result, the authorities charged 29 of them with trespassing on national park land.

Meanwhile, the Supreme Court is expected to give its final decision on the case of Saengduan Tinyod on 28 September. Saengduan is an indigenous woman from Ban Mae Kwak, Ngaw district, Lampang province who is being prosecuted for trespassing on the Mae Pong National Forest and Tum Pha Thai National Park, which became a national park after her family settled in the area.

Since 2014, the government’s Forest Reclamation Policy has resulted in more than 34,692 court cases in Thailand, according to a study by land rights advocacy group P-Move.

Read our story about the forest dwellers in Thailand and Indonesia fighting for the right to live on their ancestral homeland here.

Photo: Members of the Bang Kloi community in a protest action with their hands chained during a demonstration on 9 March 2021. Photo: Luke Duggleby/Hardstories 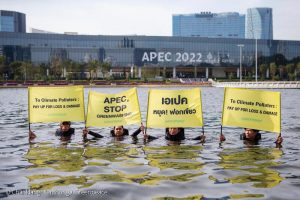 ‘We must stop greenwashing’ activists voice their opposition to APEC

Thanaporn Wichan, a woman labour rights activist and union leader in the construction industry, was sentenced to one month in prison…